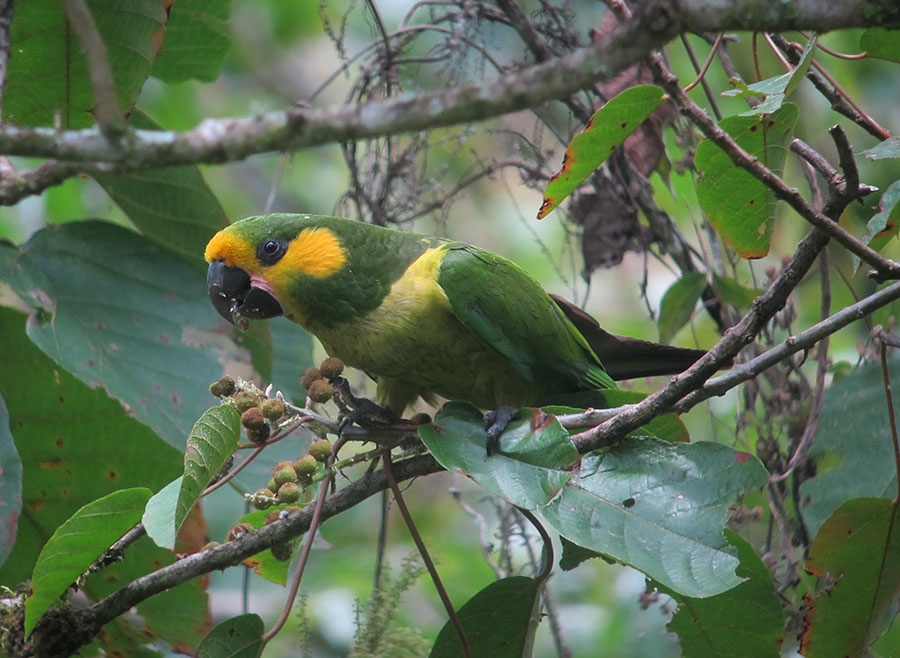 The Yellow-eared Parrot is an endemic bird of Colombia that came back from the brink of extinction in a most unusual way. The bird lives in the mountains of Colombia, nesting exclusively in dead trunks surrounded by robust palms, mainly from the Quindio Wax palm, Ceroxylon quindiuense, Colombia’s national tree.

Of course, the number of standing dead palms is just but a fraction of the total number of live palms.

Adapted from an elespectador.com original post by Rodrigo Bernal

Palm trees dying of old age or fulminated by thunderstrike while keeping standing were the only suitable places for the Yellow-eared Parrot to build a nest.

We visit the Yellow-eared Parrot reserve close to Jardin, Antioquia as part of our Magdalena Valley of Magic Birding Tour

Under such specialized nesting habits, a healthy population of the Yellow-eared Parrot can only occur in the presence of vast areas of mature Wax palms with a good number of standing dead palms and new palms dying each year.

We used to have quite a few of these extensive palm reservoirs in Central Andes cordillera back when US ornithologist Frank Chapman observed the parrot nesting in May 1911.

A period of rapid palm deforestation

But during the first decades of the 20th century, colonization of the cordilleras broke havoc diminishing the trees’ area to a minimum.

Only the very young palms, those who hadn’t yet developed a trunk survived the ‘blade and fire’ of those claiming the land on behalf of civilization.

These young trees created after a few decades what we know today as ‘Palmares de potrero’ or palms of grassland; a beautiful landscape of young, mostly white-colored trunk palms that live in places like Colombia’s famous ‘Cocora valley‘

Most of the palms found on ‘Palmares de potrero’ are between 70 and 100 years old, very young for a species that can live for over 200 years.

And of course, young trees don’t die often from natural causes leaving a very small number of standing dead trunks for our Yellow-eared Parrot to nest.

Such was the predicament for the Yellow-eared Parrot at the end of the 90s when an unlikely hero came to the rescue.

An unorthodox hero came to the rescue

British ornithologist, Paul Salaman caused quite a stir in 1996 when at only 25 came up with the idea to name a bird after the person who put more money on the table.

On this auction, an American doctor named Bernard Master won the right to have a bird discovered by Salaman in southern Colombia after him.

In 1998, Paul Salaman established the Proaves foundation, a Colombian-based NGO focused on bringing back the Yellow-eared Parrot from the brink of extinction.

At first, they counted only 81 individuals left in the wild and thought of attaching human-made boxes to live palms to serve as nests.

This didn’t work. The parrots didn’t adapt to the fake nests and the strategy had to be abandoned. Years later, they found success with artificial nests in another part of the country.

But then, in 1999 something strange happened. In the Roncesvalles municipality, researchers found that the death rate of wax palms was much higher than in any other part of the Andes Cordillera with up to 50% of all palms falling ill without any logical reason.

Despite scientists naming the disease, Ronces illness, no one could ever find its cause and no further action was taken.

Much later in 2015, a group of local scientists concluded that palms thought to be ill were in fact undergoing a transitory manifestation of stress after a fruiting cycle.

In other words, they were no sick and recovered after a few months.

This was still not the case in Roncesvalles where up to 300 palms died in just 15 years – a very high number compared to that for the rest of the country.

Clever conservation and a bit of good fortune

Proaves has also grown its presence in the region and has been clever in promoting the Yellow-eared Parrot as a Colombian icon around the world.

The population of the Yellow-eared Parrot has grown from barely 81 individuals in 1998 to over 3,000 last December.

In the meantime, the dead of the wax palm in Roncesvalles remains a mystery. Rodrigo Bernal author of this original publication found a very particular distribution of dead trees in 2016 that didn’t resemble that of a transmissible disease.

He went back to the researcher who first documented the particular dead rate back in 1999, and both reach the same conclusion: The palm trees in Roncesvalles may have been poisoned.

We may never know with certainty what caused the death of hundreds of wax palms in Roncesvalles.

However, we know for sure that their death changed forever the fortune of the Yellow-eared Parrot, giving it a real chance to fight for survival. 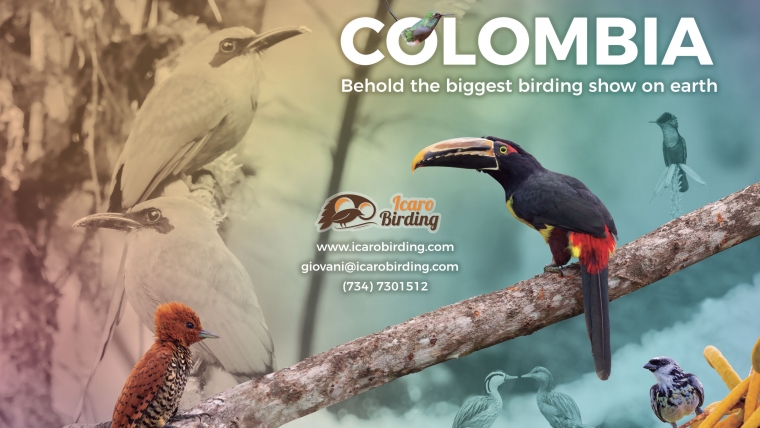 Birding in Colombia is such a good idea 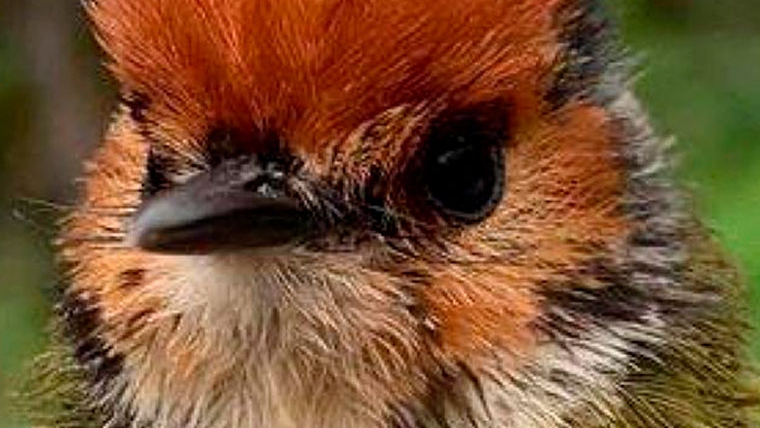 The unlikely fortune of the Yellow-eared Parrot

Birding in Colombia is such a good idea